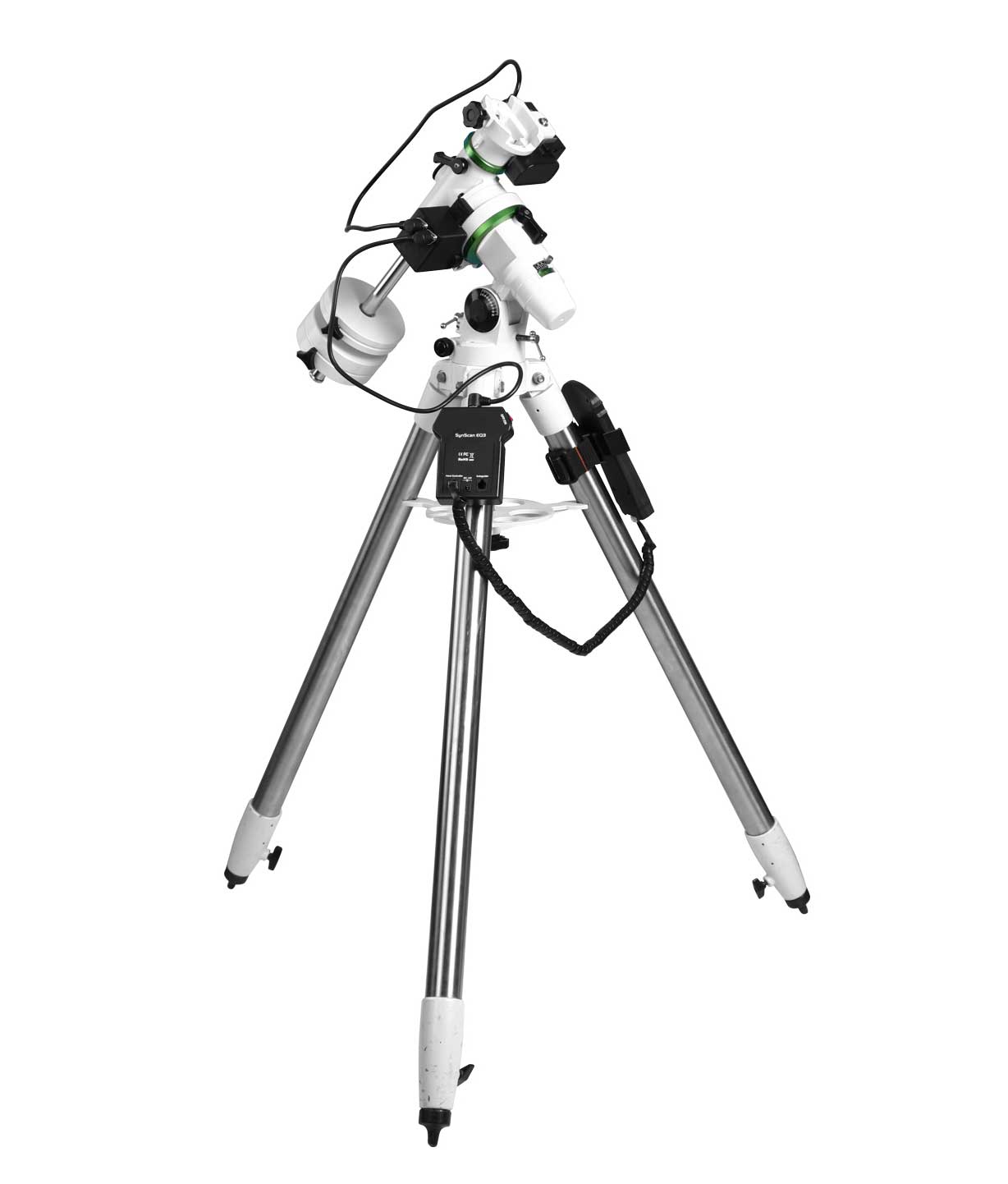 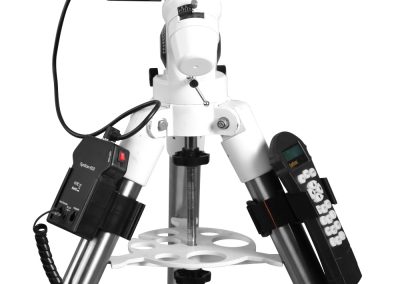 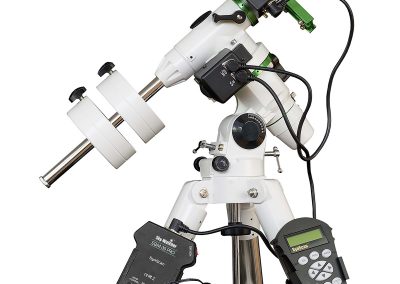 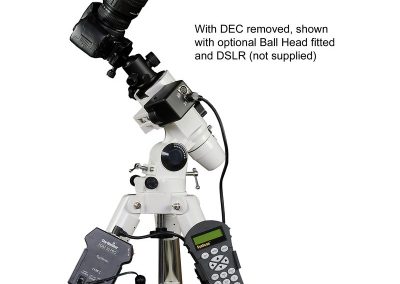 For astronomers taking the next steps in visual observing and astrophotography it’s a high precision, easy to use Goto tracking mount. More seasoned users will appreciate extra load carrying capacity for visual use and ability to convert into a DSLR mount.

A development of the mid-range EQ3 mount popular in various forms with thousands of astronomers around the world for decades, the EQM-35 has considerable enhancements aimed at more precise guiding and better stability. An updated RA worm drive for improved tracking with 180 teeth compared for 130 on previous versions. The Dec drive is also a worm drive for smoother slewing.

Uprated bearings throughout and general stability enhancements were key to the new mount. PE (periodic error) correction has also been improved. A die cast ZL102T0 aluminum body has meant an increase in weight of just 0.5kg compared to the current EQ3 mount despite the increased stability and rigidity.

With a removable Dec assembly, the EQ-35 quickly converts into a heavy duty tracking mount for wide field or long exposure DSLR photography. In this lightened configuration you can even pack the EQ-35 into your hand luggage when travelling.

The EQ-35 is compatible with the complete range of Sky-Watcher DSLR mounting brackets and accessories.

The SynScan Go-To system allows full control in both axes with high precision pointing, allowing you to quickly and accurately locate objects across the night sky. The Go-To system can automatically slew the telescope on command toward planets, stars, nebulae, galaxies, clusters and much more. The SynScan has 42,900 memorized celestial objects for an amazing journey in the night sky. The Deep Sky Tour function suggests a list of the most interesting deep sky objects currently visible, so even the novice astronomer can easily observe faint objects at the touch of a button. 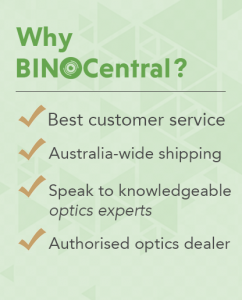